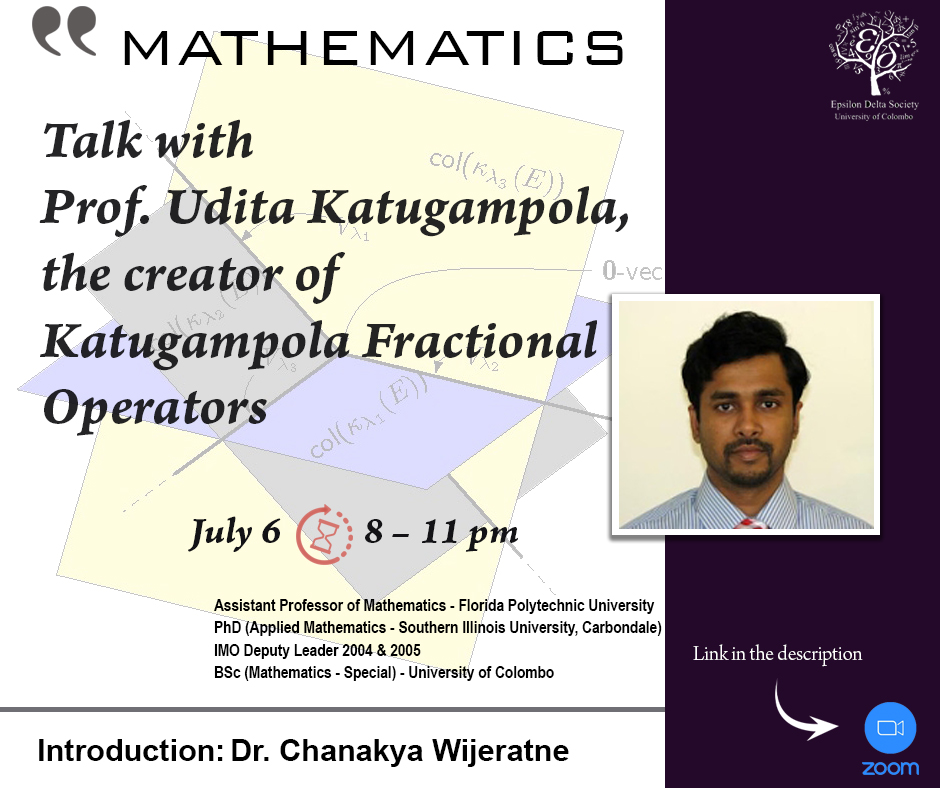 Dr. Udita Katugampola is an Applied Mathematician who graduated with both MS and PhD from SIU-Carbondale. He received his BS from mathematics & physics from University of Colombo, Sri Lanka. His main research areas are Fractional Differential Equations and Combinatorics. He has more than ten journal publications with a Google Scholar citation of over 900.

He has several mathematical operators named after him that are found in applications from many different disciplines such as quantum mechanics, probability theory, dynamical systems, robotics, differential equations and even in economics, just to name a few. Dr. Katugampola received a U.S. Army Research grant in the amount of $300,000 for his work on fractional derivatives and has advised several doctoral and masters students while at University of Delaware. He was the coach for several International Mathematical Olympiads teams. 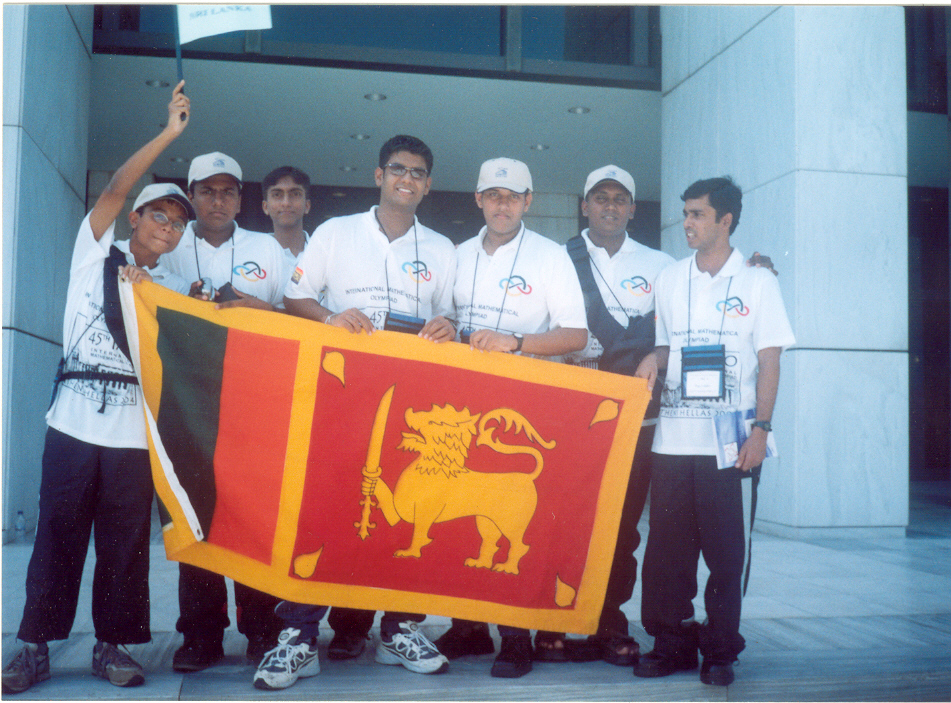 The picture in the right was taken in Greece at the IMO 2004. That was the first time the SL team for IMO was selected through the SLMC.

As the history has it, the first time Sri Lanka sent a student for the prestigious International Mathematical Olympiad was the year 1995. Subsequently in a move pioneered by a few dons from the University of Colombo and University of Kelaniya the inaugural SLMC was conducted in the year 2004 under the patronage of SLOMF.

Team performance of the year 2004 showed a remarkable improvement compared to the previous year (see below extracts from IMO website).